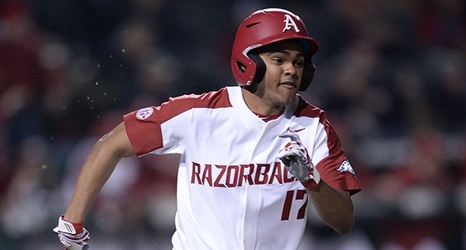 FAYETTEVILLE — Their amateur careers differed greatly, but Arkansas’ two winners of the Dick Howser Trophy shared comeback stories during their time in college.

Pitcher Kevin Kopps won the 34th Howser Trophy on Friday and joined Andrew Benintendi as the Razorbacks’ only players to win the award as national player of the year. Benintendi won the 29th Howser Trophy as a 20-year-old sophomore outfielder in 2015.