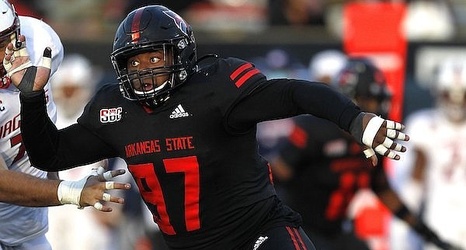 Arkansas State defensive lineman Terry Hampton (97) shakes off a block during the second quarter of the Red Wolves' 38-31 loss to South Alabama on Saturday, Nov. 28, 2020, at Centennial Bank Stadium in Jonesboro.

Few high school prospects have overcome as much adversity during the recruiting process as El Dorado defensive tackle Terry Hampton, who committed to the University of Arkansas on Sunday.