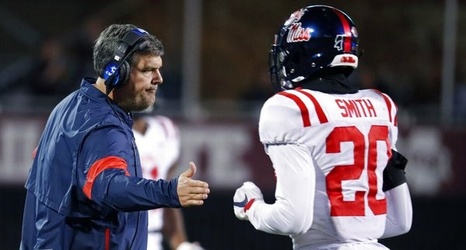 ATLANTA — Georgia hired former Mississippi coach Matt Luke on Tuesday to oversee its offensive line, less than two weeks after he was fired by the Rebels.

The 43-year-old Luke has a long history of coaching the offensive line at Ole Miss, Duke, Tennessee and Murray State, in addition to serving as co-offensive coordinator at both Duke and Ole Miss.

"He's a proven football coach who has a wealth of experience on the offensive side of the ball, especially in the offensive line," Smart said in a statement released by Georgia.