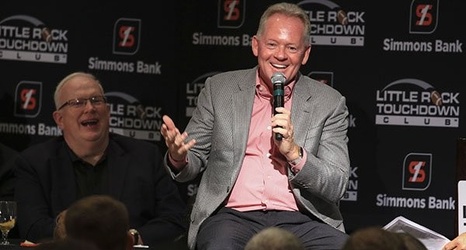 SPRINGFIELD, Mo. — Bobby Petrino, a coach with a track record of on-the-field success and off-the-field embarrassments, will be the next coach at Missouri State.

The Springfield-based university said Wednesday that Petrino, 58, will be introduced at a news conference Thursday. He will replace Dave Steckel, who was fired last week after winning just 13 games in five seasons.

Petrino has a 119-56 record in 14 seasons at Arkansas, Western Kentucky and Louisville. He also spent part of one season coaching the NFL's Atlanta Falcons, where he coached 13 games in 2007 before abruptly resigning.