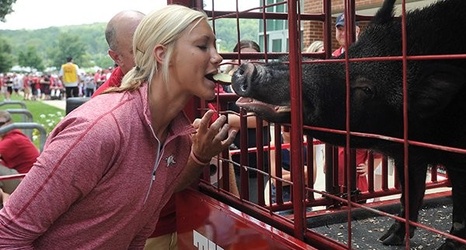 FAYETTEVILLE — Tusk IV, a Russian boar that was the longest-serving live mascot in the history of the University of Arkansas, died Sunday at the age of 9.

The boar died of natural causes at its habitat in Dardanelle less than six weeks shy of its 10th birthday. Chip Stokes, one of the animal’s caretakers, said the life expectancy for the animal is typically 10-12 years.

“The closest thing you can equate them to is a big dog, like a mastiff or a Rottweiler,” Stokes said. “Ten (years) is younger, on the lower end, and 15 is on the upper end.