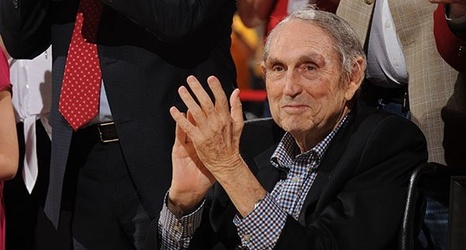 FAYETTEVILLE — Several of former Arkansas basketball coach Eddie Sutton’s players and support staff got together via Zoom on Tuesday morning to shower praise on the Naismith Memorial Basketball Hall of Fame Fame honoree.

Former Razorbacks Sidney Moncrief, Ron Brewer, Jim Counce, Joe Kleine, Charles Balentine and Houston Nutt and current Arkansas assistant coach and former Oklahoma State player Corey Williams were among those on the call with Sutton, who was at his home in Stillwater, Okla.

Counce, who went on to become a heart surgeon, was a Razorbacks player and assistant coach for Sutton, who who was 260-75 (.