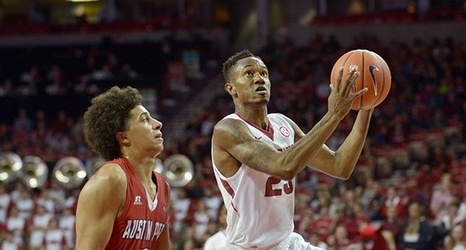 FAYETTEVILLE — Former Baptist Prep guard Issac McBride, who announced in mid-September he was transferring from Kansas, has committed to Vanderbilt per a source.

McBride, 6-1, 185 pounds, signed with Kansas over offers from Arkansas, Auburn, TCU, Tennessee, Oklahoma State, SMU and others in November during the early signing period.

He was named the Arkansas Democrat-Gazette boys player of the year after averaging 28.9 points, 4.5 rebounds and 4.1 assists per game during his senior season. He was also the 2019 Arkansas Gatorade Player of the Year.

McBride, who did not have an offer from Arkansas the second time around, averaged 24.