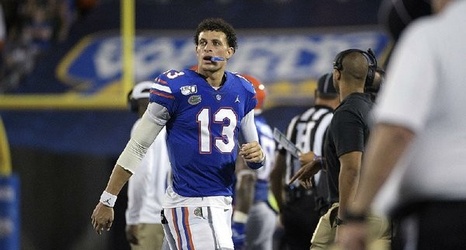 He announced his plans to leave the Gators on Dec. 1. Mississippi State is another school that Franks is interested in.

Franks, 6-6, 238 pounds, was an ESPN 4-star prospect, the No. 5 pocket passer and No. 65 overall recruit in the nation in the 2016 class out of Wakulla County High School in Crawfordville, Fla.

He started this past season as Florida's starting quarterback, but suffered a dislocated ankle that included a fracture in the third game against Kentucky and missed the remainder of the season.