Flash From The Past: Brady Toops 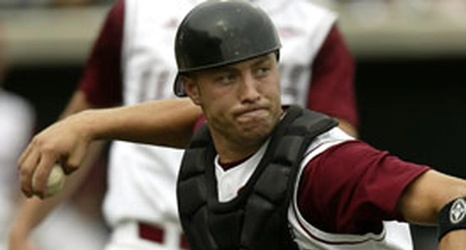 RAZORBACK FLASH FROM THE PAST

The Minneapolis native’s first two seasons were the last for legendary coach Norm Debriyn, and during Toops’ reshirt freshman year in ‘02 the Razorbacks sent Debriyn into retirement on a high note advancing to the super Regional before falling to Clemson just one game shy of a trip to Omaha.

It was the next season that the Dave Van Horn era began and the Hogs made it back to the postseason, but the following year the Hogs climbed back up among the elites of College Baseball making it back to Omaha sparked by one of the first iconic moments of the DVH era lead by Toops.