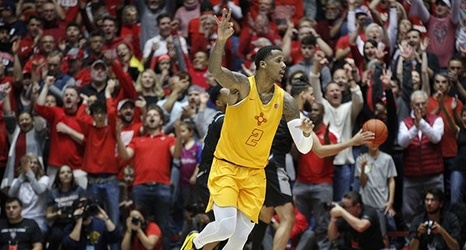 When New Mexico combo forward Vance Jackson decided to transfer to the University of Arkansas, part of his reasoning was what a former player told him about Coach Eric Musselman.

Jackson, 6-9, 225 pounds, chose the Hogs on Wednesday after being in the transfer portal since only Monday.

Former Nevada guard Jazz Johnson, who transferred from Portland State to play for Musselman in 2017, told Jackson he had a very good experience playing under Musselman.

"Just basically said Muss is a terrific coach and even though we were rivals, he praised me when they did scouting against us when I was playing at New Mexico," Jackson said.