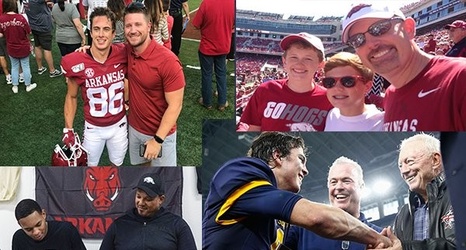 “I’m just very curious about Arkansas,” Johnson said. “I felt like they were very authentic with me at the beginning, so that’s what really stuck out for me when I was making this decision.

“I’m not saying every school that’s off the list isn't authentic, but I felt like they were genuine.