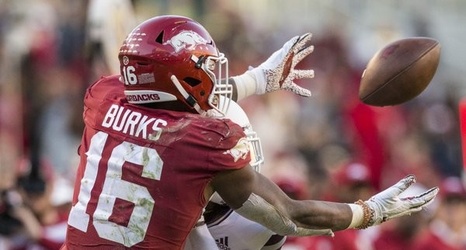 Until 1972 freshmen were not eligible in college football. Sophomores would often redshirt.

So it was unusual when the great 1964 Arkansas defense had two true sophomore starters, but they were both great players. Loyd Phillips started at tackle and would later win the Outland Trophy. Harry Jones started at free safety. They were both first round draft picks in 1967.

In today’s world, they probably would play as true freshmen and not be around as fourth-year seniors. They’d be in the NFL. They were that good.

Phillips played in a rage from sideline to sideline as a tall, rangy defensive tackle, probably an end in today’s schemes.