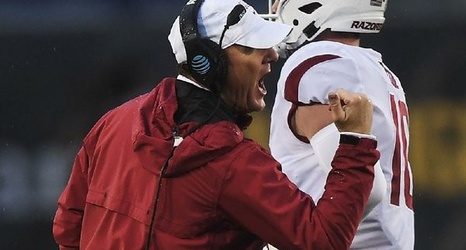 FAYETTEVILLE — An unexpected and fortuitous meeting outside the restroom at the Henry B. Gonzalez Convention Center in San Antonio in early 2012 helped set Sam Pittman on the path that led him to the head coaching position at the University of Arkansas.

It was there, at the annual American Football Coaches Association convention, that a jobless Pittman bumped into his old friend Jim Chaney, who was in his first stint as offensive coordinator at Tennessee.

Pittman, who had been associate head coach and offensive line coach at North Carolina, was let go along with the rest of the Tar Heels’ coaching staff the month before the convention, and he was looking for work.