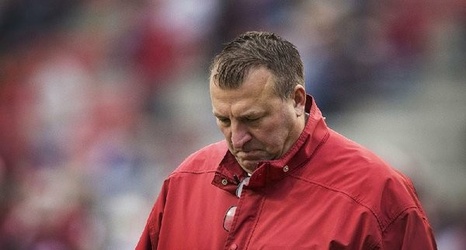 FAYETTEVILLE — Attorneys for former University of Arkansas football coach Bret Bielema filed a lawsuit Friday against the Razorback Foundation, arguing the foundation broke the terms of its buyout agreement with Bielema.

The lawsuit — which demands $7.025 million in compensatory damages, as well as punitive damages, attorney fees, court costs and a jury trial — was filed in federal court in the Western District of Arkansas. The resolution of the legal action largely could revolve around the portion of Bielema’s buyout agreement that called for him to actively seek employment or “mitigation” after his firing.

The filing of the lawsuit was first reported by Variety, whose sister outlet Sportico obtained the court records.