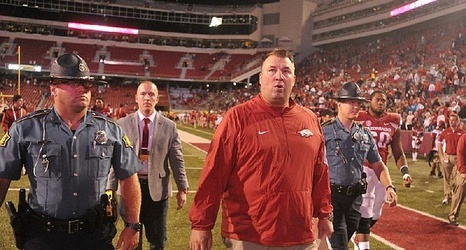 Holmes’ ruling will keep the lawsuit, in which Bielema’s attorney’s argued the foundation broke the terms of its buyout agreement with Bielema and asked for a jury trial, $7.025 million in compensatory damages as well as punitive damages on track for next summer. Holmes has set a preliminary trial date of the first week of June 2021.

The judge’s 12-page ruling will also keep the lawsuit in federal court for the Western District of Arkansas, the preferred venue of Bielema’s lead attorney Tom Mars and where the case was filed.