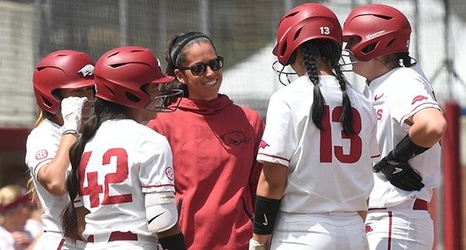 University of Arkansas softball Coach Courtney Deifel is used to answering questions from her players. That’s been a chore during a pandemic.

A little more uncertainty was cleared up Friday as the Razorbacks released their 2021 schedule.

“It’s been difficult because we’ve kinda been sitting in a holding pattern,” Deifel said. “When I told the team the other day, they were ecstatic. That’s how we know we’re doing it for them and it’s an exciting place to be.”

Arkansas will begin its season by traveling to Louisiana-Monroe for a tournament Feb. 12-14. The Razorbacks will head to Texas-Arlington for another three-day event a week later.