Arkansas Hopes To Bring Bulldogs Back To Earth 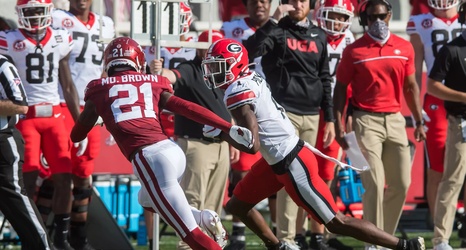 The Arkansas Razorbacks are preparing to take on the “Air Raid”, Mike Leach offense on Saturday and that in itself will be a tall task for a very talented but young Razorback secondary. Mississippi State is coming off a huge win over defending National Champions the LSU Tigers on Saturday. They will play at home in primetime against the Hogs on Saturday at 6:30 on the SEC Network.

The offensive numbers that the Bulldogs put up were unprecedented and never before seen in the SEC. Bulldog quarterback, K.J. Costello threw for 623 yards which is now the conference record for passing yards in a game.