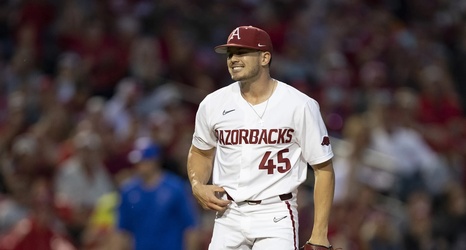 Christian Franklin, Brady Slavens and Kevin Kopps are among the 40-plus student-athletes named to the most prestigious award list in college baseball.

This season, these three stars have helped lead Arkansas to a 40-10 (20-8 SEC). Franklin has started 49 of the 50 games for the Razorbacks. He’s batted an even .300, a team leading 15 doubles and 49 RBI’s. He’s been a threat to steal bases this season converting in 9-12 attempts. Franklin has made quite a few athletic plays including a diving catch last Friday in their come from behind game one road win versus Tennessee.