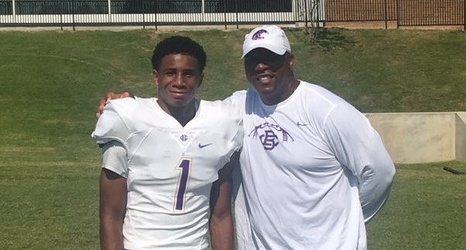 Arkansas has extended an offer to highly regarded sophomore athlete Dallan Hayden, the brother of Razorbacks running back Chase Hayden.

"I’m excited they offered because obviously I have a brother up there," he said. "And Arkansas has put a lot of great running backs in the NFL and some defensive backs also, and those are the two positions I play."

His father, Aaron, played running back for Tennessee from 1992-94 and was a 4th-round draft pick of the San Diego Chargers in 1995.