Arkansas coaches mad about their movies 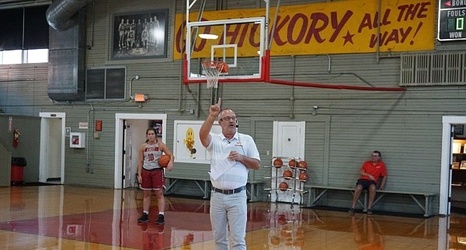 FAYETTEVILLE — Mike Neighbors’ passions of basketball and movies were brought together at a tiny gym in Knightstown, Ind., in August 2019.

Neighbors is coach of the University of Arkansas women’s basketball team and has his own page on the IMDb database with 1,078 movies ranked.

The 1986 movie “Hoosiers” — which tells the story of the Hickory Huskers, a small-town Indiana high school team winning the state championship — is the No. 1 sports film on Neighbors’ list.

So Neighbors was thrilled to accept an invitation to speak at a clinic held at the Knightstown gym, which was built in 1921 and in “Hoosiers” served as Hickory’s gym.