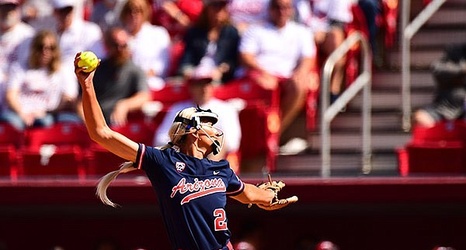 FAYETTEVILLE — Arizona advanced to the Women’s College World Series on Saturday with a 4-1 victory over Arkansas at Bogle Park.

The Wildcats swept the Razorbacks in their first home super regional. Arizona, an eight-time national champion, is in the Women’s College World Series for the 24th time.

Arizona (41-13) scored twice in the bottom of the fifth and sixth innings after Arkansas took a 1-0 lead in the top of the fifth on Braxton Burnside’s double to score Ryan Jackson. The Razorbacks missed on an opportunity for more in the inning when Linnie Malkin flied out with the bases loaded.