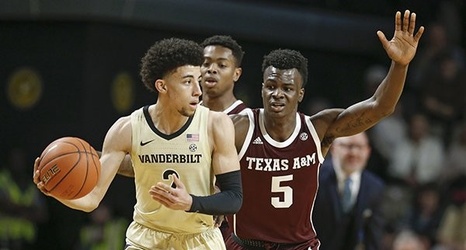 FAYETTEVILLE -- Nobody has had it rougher in SEC basketball than Vanderbilt over the past year.

After the injury loss last year of star Darius Garland after five games that led to a winless conference run, the hiring of former NBA great Jerry Stackhouse to replace Bryce Drew as head coach, and a knee injury that has sidelined senior forward Clevon Brown the past six games, the Commodores were dealt another gut punch Saturday.