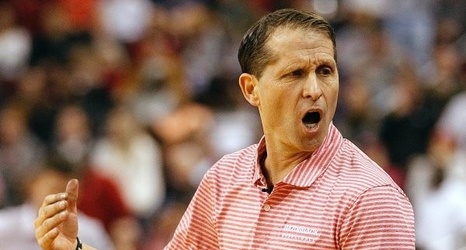 If someone had told you Arkansas would have two players score 20 points and get 17 points from its bench, you would like the Razorbacks' chances at home or on the road.

That is what happened Wednesday night against Mississippi State, but it wasn't nearly enough.

Bulldogs sophomore forward Reggie Perry, a former Razorbacks commitment, was a constant in the game and finished with a 26-point, 13-rebound double-double in Mississippi State's third consecutive win on its home floor. He was both physical on the interior and the beneficiary of a few iffy whistles and hit 14 of 15 free throws.