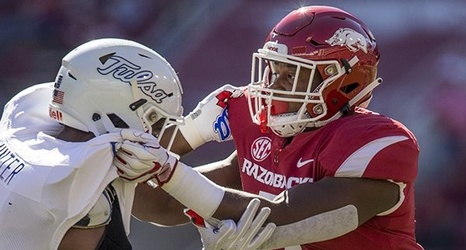 FAYETTEVILLE — As one of the crown jewels of Chad Morris’ first recruiting class at Arkansas, defensive end Dorian Gerald was expected to make an immediate impact upon his arrival.

But because it took until August for him to graduate from Santa Clarita, Calif., College of the Canyons and arrive in Fayetteville, Gerald was playing catch-up from day one on campus.