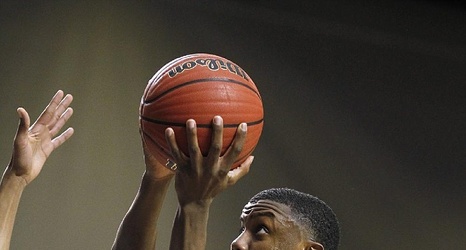 Arkansas target and ESPN 4-star prospect Derrian Ford has announced his top 11 schools and has included the Razorbacks on his list.

He was named the Class 4A Player of the Year by the Arkansas Basketball Coaches Association and was a first-team selection of the Arkansas Democrat-Gazette All-Arkansas Preps team after averaging 23 points, 7 rebounds and 3 assists per game as a junior.

Ford and his family made an official visit to Arkansas last week and is in the process of lining up other trips.