Bret Bielema Is Recruiting These 6 QBs For The 2017 Class 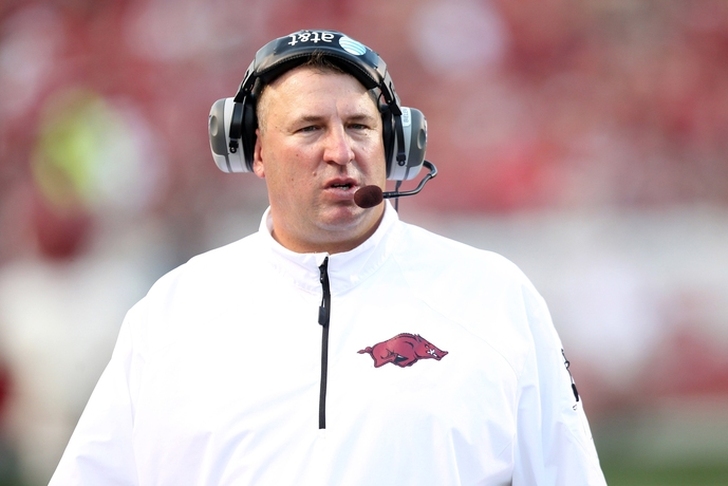 The Arkansas Razorbacks just put the finishing touches on a solid 2016 recruiting class. With 2016 in the mirror recruiting-wise, the Razorbacks, head coach Bret Bielema and his staff have already turned their attention to the 2017 class.

Quarterbacks are incredibly important in college football, which is why it's not a surprise that Arkansas is targeting several this cycle. Bielema landed one QB in 2016, but he's a low-ranked, three-star recruit. The Razorbacks won't land every player on this list. In fact, they'll likely only sign one, or maybe two. A big tip of the hat to 247Sports, as their rankings were used to detail the recruits' overall, position rankings and Arkansas' interest in the players. The players are listed in descending order of their overall rank. With that in mind, here are the 6 QBs Bret Bielema is recruiting in 2017.

Curry is a three-star recruit, with just two scholarship offers at this time. He's the No. 817 overall recruit, but one of his offers is from the Clemson Tigers. Arkansas could get in on the Louisiana recruit by offering, but it's unclear if an offer will actually come.

Woods is the lone three-star recruit on this list. He's the No. 33 pro-style QB and the No. 640 overall recruit, but he has great size at 6-foot-7, 225-pounds. He's athletic as well and could be the type of player the coaching staff molds into a productive QB. Michigan jumped in early and offered him in January. The Wolverines are in a good position, but Arkansas could get in the mix for the Alabama product by offering a scholarship. 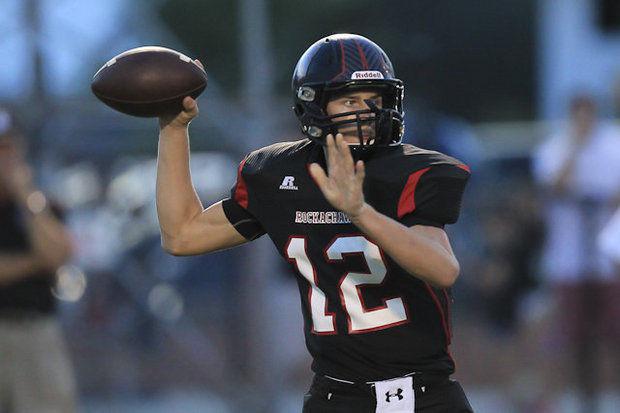 Brennan is a three-star recruit and the No. 613 overall recruit. While Arkansas has some interest in Brennan, they haven't offered him yet. The Cal Golden Bears have already extended an offer to the Missouri product, and they are the early front-runners. For more on Arkansas' 2017 recruiting plans, download the Chat Sports Android and iPhone app.

Powell is the No. 612 overall recruit and the No. 30 pro-style QB. The three-star prospect hails from Fayetteville, Arkansas and is the No. 2 player in the state. The Razorbacks haven't offered Powell yet, but it's likely only a matter of time before they do. If Powell picks up an offer from Arkansas, he'll likely stay in-state. Free is the No. 610 overall recruit and the No. 29 pro-style QB. He hails from Alabama, where he's the No. 26 player. The Razorbacks haven't offered him yet. That could change in the near future. Free's best offer so far is from Louisville, but he'll likely pick up more as Signing Day approaches.

Mills is the No. 98 overall recruit in the class of 2017 and the No. 5 pro-style QB. Another QB from Georgia this year, Mills has offers from nearly every school. He's the only QB Arkansas has offered so far, but it looks like Stanford is the current favorite for his services.