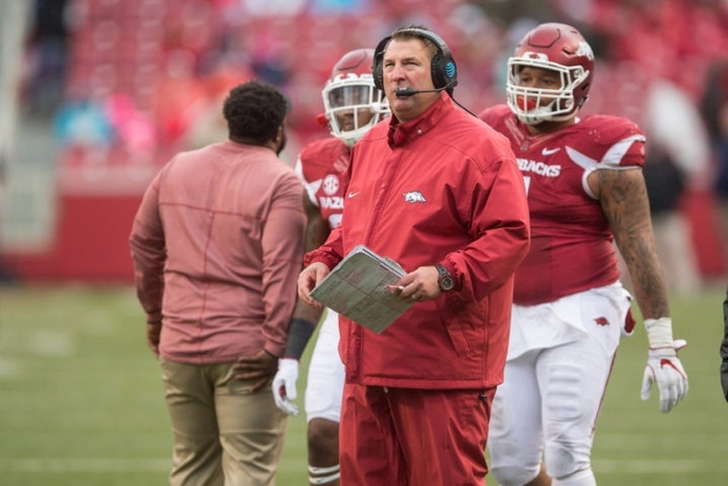 The Arkansas Razorbacks will fire head football coach Bret Bielema at a press conference tonight, according to Thomas Murphy of the Arkansas Democrat-Gazette.

Arkansas has called a 7:30 p.m. press conference at Barnhill Arena with Julie Cromer Peoples as Bret Bielema is officially dismissed

The press conference will be just hours after Arkansas suffered a 48-45 loss to Missouri on Friday, ending their season with a 4-8 record. None of their four wins were overly impressive, either, as three of the four came over Florida A&M, New Mexico State, and Coastal Carolina.

Bielema finishes his career at Arkansas with a 29-34 record in five seasons, including a measly 11-29 mark in SEC play. He never won more than eight games in a season and only had a winning conference record one time.

Given the lack of progress the program has made under Bielema, it was clear the decision to fire him as made a while ago despite his massive buyout.