The Arkansas Razorbacks WILL Win The SEC In 2015 - Here's Why 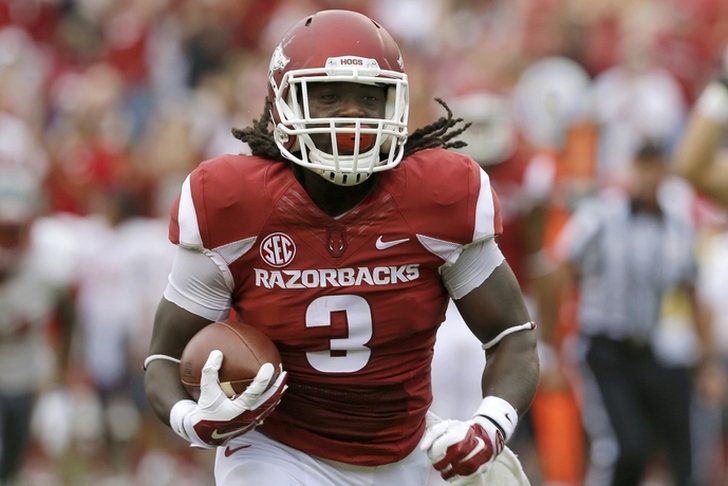 Is Brandon Allen the most dynamic QB in the SEC? No. But he has experience in conference short on it at the QB position. Allen rarely turns the ball over; throwing just five picks against 20 TD passes. He should be better this season and he's good enough to get Arkansas a SEC Championship.

After spending years at Wisconsin, it's no surprise Bielema has built a strong offensive line. Arkansas' unit is among the best in the NCAA. They can run block and pass protect. Games are won in the trenches and Arkansas will have the advantage in most games.

The offensive line is a major part of this. Arkansas has one of the best ground attacks in the SEC. The loss of Jonathan Williams to an injury hurts, but Alex Collins had 1,100 yards and 12 TDs last season. He can easily pick up the slack. The Razorbacks' ground game will make things easier on Allen and keep their defense off the field.

Arkansas won three of their last four games last season, with wins over Texas, LSU and Ole Miss. Excluding a big loss to Auburn to start the season, Arkansas lost all of their games by a touchdown or less. If the Razorbacks are better this year, and they should be, they can turn those close losses into wins.

Follow our Arkansas Razorbacks team page for all the latest Arkansas news and rumors!