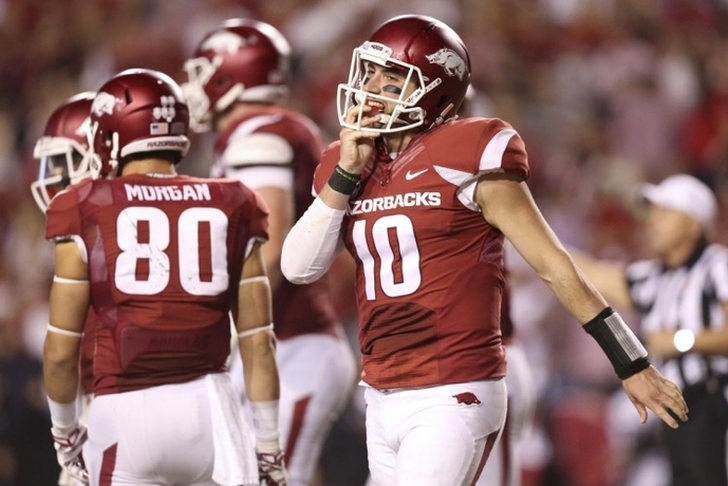 The season didn't start well for the Arkansas Razorbacks. They lost three of their first four games and things didn't look promising. However, the Razorbacks played well late and finished 7-5. They'll be bowling this season and we're here to break down Arkansas' 3 Most Likely Bowl Opponents:

This is the least likely option. It would require Penn State falling further than most as far as bowls go and the Razorbacks heading to the Music City Bowl. It's a possibility and worth mentioning, but not likely.

Another potential Music City Bowl opponent. The Cornhuskers aren't actually bowl eligible, but could get a bid because there aren't enough team with six wins. The Music City Bowl might have to settle for a lower end Big Ten team and Nebraska would fit that bill.

This is the most likely outcome. The Liberty Bowl wanted Arkansas last year, but didn't get their way. The same is true this season and the Liberty Bowl might get their wish this time. If that happens, expect Arkansas to face off against Kansas State. That's what most bowl projections have.