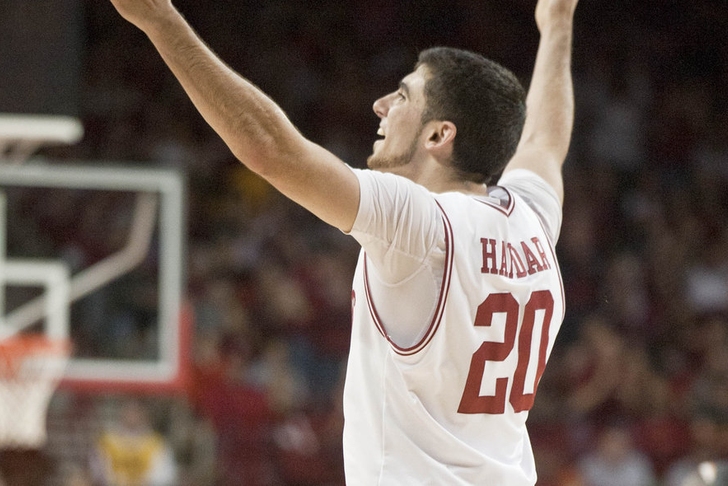 Kikko Haydar, the Razorbacks' backup point guard, is leaving the team after signing a three-year professional basketball contract in his hometown. Haydar is the newest member of the Sagesse Division A team in Achrafieh, Lebanon.

Haydar, a senior at the U of A, averaged three points a game and shot 42.9 percent from three-point range last season.

"To wear the Arkansas jersey was a dream come true and I will always cherish the times I had as a member of the team," Haydar said. "I feel like I am leaving home to go home."

Haydar came to Arkansas with his parents when he was a child, as both were starting the Arabic program at the University of Arkansas. Once Haydar became a part of the Razorback family, he excelled in his academic pursuits. Haydar was the third Arkansas athlete to receive a Bodenhamer Fellowship, and he maintained a 3.88 GPA throughout his college career.

"Kikko embodies everything we want our student-athletes to be." Basketball head coach Mike Anderson said, praising Haydar's leadership on and off the court.

Haydar became a fan-favorite for the Razorbacks, and has even had burgers named after him in Fayetteville restaurants.

It took Haydar no time to find a job after college; he'll join Sagesse for their playoffs after he graduates, but his contract won't kick in until next season.

Razorbacks fans have enjoyed watching Haydar play for the Hogs—even if it was only for 12.3 minutes per game. His energy and positive attitude are two characteristics every fan, coach and fellow teammate love to see, and every time he stepped onto the court, fans went wild. Hopefully, that will continue with his new team as well.