Trojans Unveil "We Are One" Season Ticket Campaign 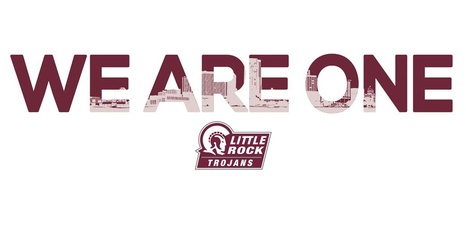 LITTLE ROCK – With the 2019-20 athletic season on the horizon, Little Rock Athletics officially launched its "We Are One" season ticket campaign for the upcoming Trojan basketball season.

The campaign builds off the familiar theme of "Our City. Our Team" which was utilized for the past two seasons to help promote the Trojans as Little Rock's Team. The concept also helps encompass the vision to unite the city of Little Rock, with the Trojans helping serve as a valuable component in that idea.

"Our primary focus continues to be creating a synergy between the Capital City and our student-athletes that represent Little Rock's Team," said Vice Chancellor and Director of Athletics Chasse Conque.