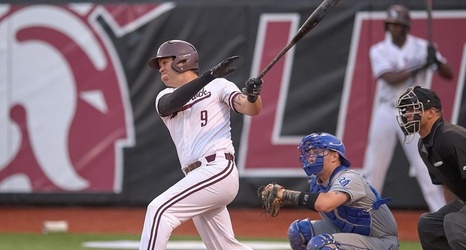 LITTLE ROCK- The Trojans host a midweek rematch with Oral Roberts on May 7, first pitch scheduled for 6 p.m. at Gary Hogan Field.

Little Rock is currently 21-25 (13-10 Sun Belt) after suffering a series sweep to South Alabama. The Trojans struggled on the mound in all three games against the Jaguars. The team's bats caught fire in game three of the series, but South Alabama managed to score late to complete the sweep.

Alexander's Big Week
Troy Alexander went 5-for-13 with two home runs on the weekend. The senior joins Riley Pittman as the only other Trojan to reach double-digit (10) homers on the year.