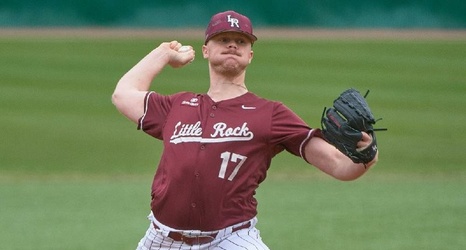 Kale Emshoff had yet to catch a game for Aaron Funk this season prior to March 1.

Emshoff, a redshirt junior catcher for the University of Arkansas at Little Rock baseball team, was the designated hitter in the Trojans' lineup during Funk's first two starts in February, while Ramon Padilla served as the man behind the plate.

On the first day of March, Emshoff finally teamed up with UALR's Sunday starter. Looking back now, Emshoff could tell early on in pregame warmups that Funk was in a zone, one he admitted that he hadn't quite seen before from UALR's pitching staff.