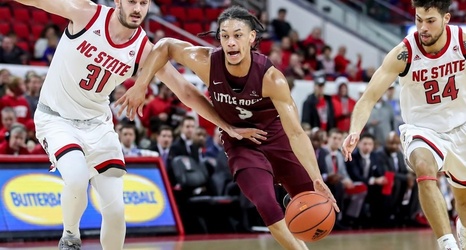 LITTLE ROCK - After starting the year playing five of the first six games on the road, Little Rock begins a stretch where it will play four of its next five at the Jack Stephens Center, including three-straight in the span of five days. That run begins with St. Francis Brooklyn Tuesday, November 26, tipping at 6:30 p.m

"It will be good for us to be home and hopefully have some decent crowds," said head coach Darrell Walker. "This team has been on the road for a while and faced some hostile crowds.