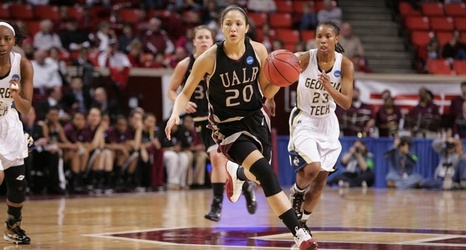 ATHENS, Greece – The season ended abruptly and she is in a foreign country, but Little Rock legend Chastity Reed remains calm. Safe in the clean confines of her apartment, Reed is approaching this pandemic one day at a time, like many others around the globe, even if she isn't following the paths of other Americans home.

Several other Americans playing internationally made every effort to return to the United States before the suspension of European flights to America went into place. While the ban did not apply to US citizens, permanent residents and their families, Reed simply stocked up on supplies and sought the comfort of her home away from home.