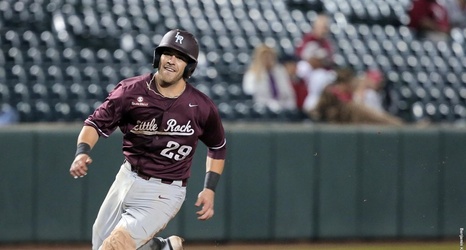 ARLINGTON, Texas- Another great offensive performance from Little Rock as well as a gritty pitching performance from Dillon Delgadillo down the stretch gave the Trojans a 9-7 win over UT Arlington to claim game two of the three-game set.

Ryan Benavidez and Ramon Padilla each tallied two-hit nights at the plate to lead the Little Rock offense. For the second straight game, every starting Trojan recorded a hit in the contest as the team's bats continued to impress.

Little Rock started game two in exactly the same fashion as game one, scoring their first run on a Riley Pittman walk that scored Christian Reyes.