Tickets For Dickey-Stephens Game vs. UCA Now On Sale 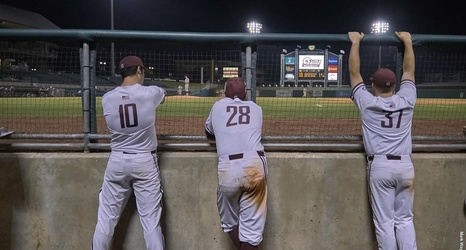 LITTLE ROCK - We are just under two weeks away from Little Rock's annual game against Central Arkansas at Dickey-Stephens Park, the home field of the Arkansas Travelers, the double-A affiliate of the Seattle Mariners. This year's contest between the Trojans and Bears will be held Tuesday, May 14, with opening pitch at 6 p.m.

This year's showdown will take on extra significance, serving as the final installment of the inaugural Governor's I-40 Showdown between Little Rock and Central Arkansas. UCA has clinched the inaugural in-state rivalry trophy between the two schools, but Little Rock will look for the series sweep after defeating the Bears 5-1 in Conway on March 12 before taking a 4-2 decision at Gary Hogan Field on April 16.