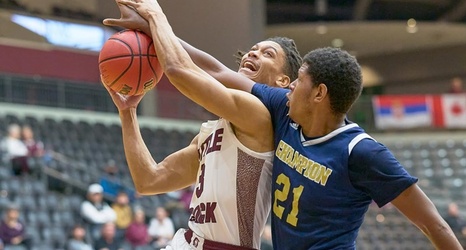 FORT COLLINS, Colo. – Little Rock had little answer for Colorado State's fast-paced game plan, falling behind early in the first half and never recovering in an 86-55 loss to the Rams at Moby Arena Wednesday night.

The loss drops the Trojans to 4-4 on the year, including 1-4 on this extended road trip, as Colorado State improves to 8-0 on the year. It was the first win for the Rams over the Trojans as Little Rock is 2-1 all-time in the series.

Isaiah Palermo led Little Rock with 16 points on the night, making 6-of-12 from the floor and knocking down all four of his free throw attempts.