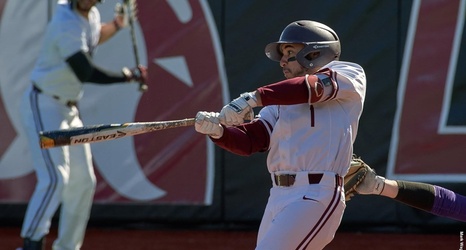 LITTLE ROCK – Trailing by six heading into the bottom of the ninth inning, a furious Little Rock rally brought the winning run to the plate, but the comeback attempt fell short as the Trojans drop an 8-6 decision to South Dakota State at Gary Hogan Field in the final tilt of the four game series.

Down 8-2, Josh Nowak drew a five-pitch walk, followed by a single from Troy Alexander and a seven-pitch walk to James Gann to load the bases. Following a pop-up, Chase Coker began the scoring with a sacrifice fly to left, bringing Nowak home to cut the lead to 8-3.