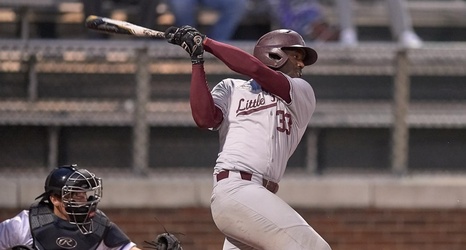 MOBILE, Ala.- Little Rock struggled on the offensive end yet again as South Alabama managed to clinch the series with a 7-2 win, Saturday night in Mobile, Ala.

Garrett Scott recorded a two-hit night, going 2-for-4 with a double. Troy Alexander homered in his 2-for-4 performance and Chase Coker scored the other run for Little Rock as he went 1-for-3.

Hayden Arnold was solid on the mound for Little Rock, throwing seven innings while only allowing three earned runs on the night.