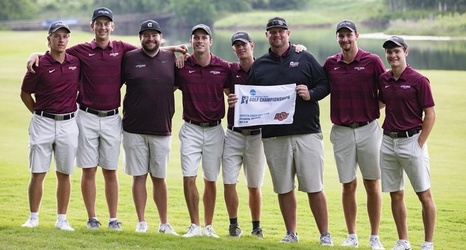 Stillwater Comeback
Little Rock advanced to the NCAA Championship following an incredible comeback at the NCAA Stillwater Regional May 17-18. Little Rock entered the final round in eighth-place and found itself six shots back of the coveted fifth spot with five holes to play. A pair of birdies from Anton Albers and one each from the other three scoring Trojans over the next four holes brought Little Rock to within three shots with one hole to go.