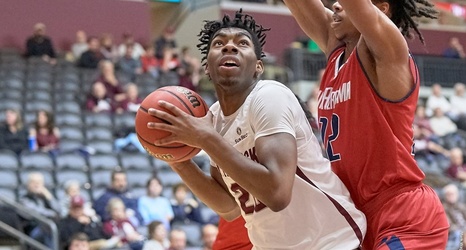 MOBILE, Ala. – Showing its resilience once again, Little Rock rallied from a nine-point halftime deficit to register its second-straight road win, upending South Alabama 73-68 Saturday at the Mitchell Center.

The win came despite a sluggish start for Little Rock, which missed its first 13 three-point attempts. The Trojans shot 50% in the second half, finishing the game at 42.