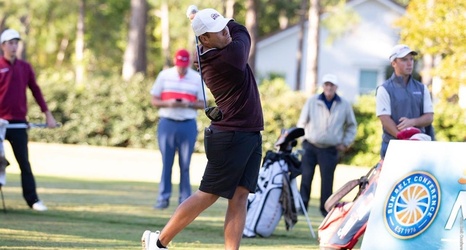 SANDESTIN, Fla. – Little Rock remains in the hunt for a spot in the match play event after round two of stroke play at the 2019 Sun Belt Conference Championship, shooting an even-par 284 Monday to sit fourth overall with a 6-under 562.

The Trojans remained near the top of the team standings for the majority of the day, at one point sitting at 17-under for the tournament with four holes to play. But those final four holes on the front nine got the best of Little Rock, which went 10-over to fall back to fourth.