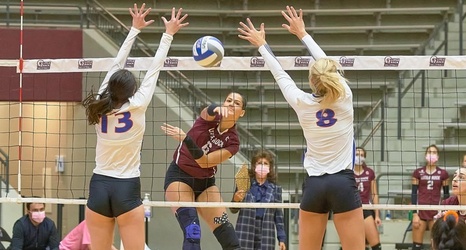 LITTLE ROCK, Ark. – Multiple career highs were set, long rallies kept everyone on the edge of their seat but UT Arlington managed to slip through with a 3-2 victory Saturday at the Jack Stephens Center.

Jansen posted her sixth double-double of the season, adding 17 digs to her tally, led the way for the Trojans as she was one of four Little Rock players in double figures for kills and one of three for digs.