Little Rock Closes Out Final Tune Up in Jonesboro 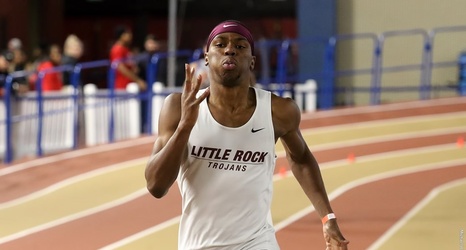 JONESBORO, Ark. – In the final tune-up before the Sun Belt Conference Championships later this month, Little Rock had a number of strong performances at the Scarlet and Black Open Friday in Jonesboro.

Sending a limited roster, head coach J.P. Behnke's squad captured three different events on the day with 13 top-five event finishes. The meet was highlighted in the 3,000 meter run where the Trojans captured both the men's and women's races. Rogelio Araiza won the men's race with a time of 9:07.