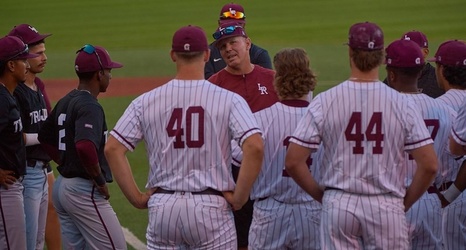 LITTLE ROCK – After missing the majority of the canceled 2020 season due to the pandemic, Little Rock came out eager from the start in 2021 to make up for that lost time. And in the early going, things played out well for head coach Chris Curry's team.

Having to deal with a number of canceled home series, Little Rock was road warriors for the first half of the 2021 season, playing 18 of its first 26 games away from Gary Hogan Field. And the Trojans responded, racing out to a fast start which included a series win at nationally-ranked Southern Illinois and home sweeps of perennial Sun Belt powerhouses Texas State and South Alabama, which propelled the Trojans into first place in the division standings.