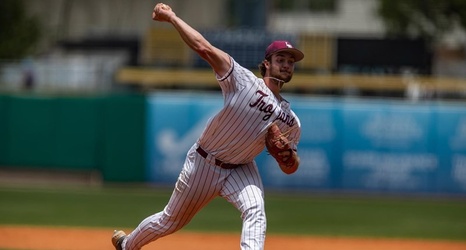 The impressive performance in four innings of work came during a stretch where he retired eight of nine batters in a stretch that included six strikeouts. His only blip was allowing a solo home run to South Alabama's Santi Montiel, a shot that proved to be the difference maker during a 2-2 game in the fifth inning.