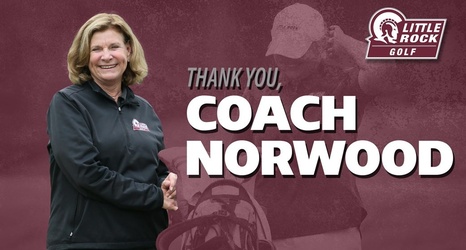 LITTLE ROCK – Little Rock golf will be without a fixture in the program next season as women's head coach Bridgett Norwood today announced her retirement after being a part of the Little Rock golf program for over 25 years.

Norwood has served as the head coach of the Trojan women's golf program since 2003 and has been associated with the department since the program started in 1992, serving in both an assistant coach and volunteer assistant role. During her time with the Trojans, Norwood has helped mentor nearly two dozen All-Sun Belt Conference players.