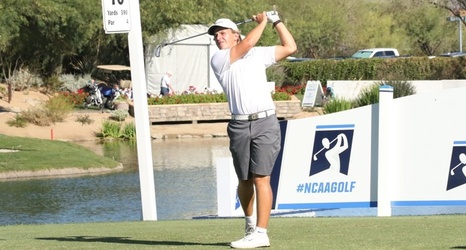 SCOTTSDALE, Ariz. – Hot and windy conditions were prevalent throughout the second round of the 2021 NCAA Championship at Grayhawk Golf Club as Little Rock slipped to 29th in the team standings. The Trojans posted a 24-over 304 in round two, sitting at 38-over 598 with 36 holes played.

After teeing off bright and early in round one, the Trojans were in the final grouping of the day in round two, getting underway at 1:20 p.m. in the heat of the Arizona sun. The heat and difficulty of the course at Grayhawk proved a challenge for nearly every team as just six of the 30 teams shot either even or below par on the day and just two sit under par after 36 holes.