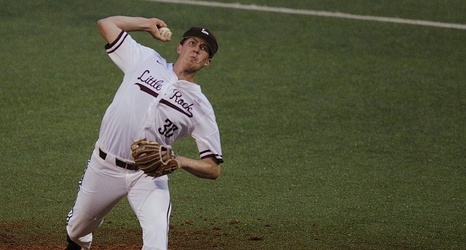 Arnold, a 6-foot-3, 186-pound right-hander who calls Rison his home, became the first University of Arkansas at Little Rock player to receive the superlative honor. He is the sixth in UALR baseball history to win a major conference award and the first since Ryan Scott was named Sun Belt Player of the Year in 2016.

Arnold, who finished 7-3 on the season, posted a 1.54 earned-run average in conference games, the lowest in the Sun Belt. His overall ERA was 2.